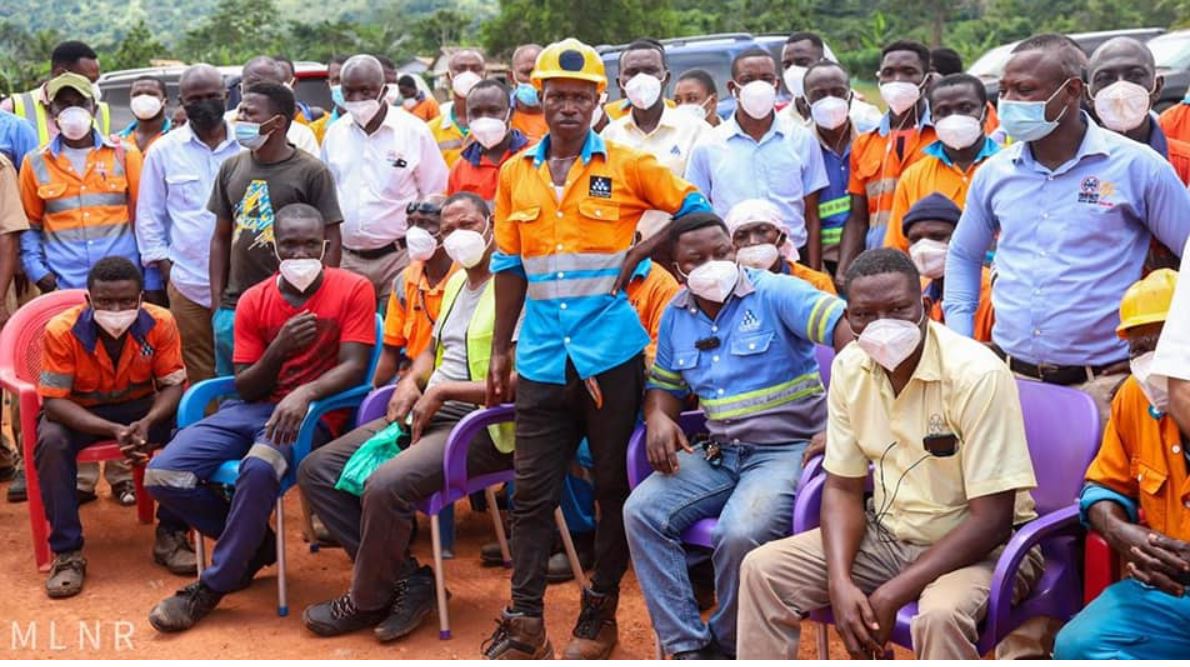 Hon. George Mireku Duker, the Deputy Minister for Lands and Natural Resources in charge of Mining, has allayed fears of workers at the Ghana Bauxite Company (GBC) stressing that some initiatives undertaken by the government will guarantee the long-term survival of the company.

The future of the company he said, has been a subject of discussion in the Media space in recent times after the company’s major shareholder pulled out.

He indicated that the exit of the investor created uncertainties with the workers threatening to embark on a demonstration if government fails to step in.

The Ministry, in a series of meetings with the Ghana Mines Workers Union and other key Government stakeholders has assured the workers of government’s commitment, determination and drive to ensure that the Ghana Bauxite Company operates at its optimum.

Following a number of engagement with investors and other key government institutions on the issue, the Deputy Minister announced that “a headway” has been found and that the company will continue its operations.

He disclosed that government will in due course announce the decision which he believes will excite the workers.

Hon. George Mireku Duker made this known at a meeting held on Thursday 13th January, 2022 at the Company’s premises at Awaso in the Western North Region.

“This engagement is to let us acknowledge all the efforts we have made regarding the continuity of GBC and its affiliates.

One of the legs of GBC had intents of offloading its shares and government created the environment for that to happen. As the Deputy Minister, I can boldly say that “We have gone through the entire process and the future is bright” .
In due course, the entity that the shares was offloaded will be made known by the sector Minister “.

“The respect you accorded us when we came here and how you have managed and comported yourselves is highly impressive.

“You have been able to control the workforce and continue operations of the mine”, he maintained.

The Chief Executive Officer of the Ghana Integrated Aluminium Development Corporation (GIADEC), Mr. Michael Ansah lauded the timely intervention of the Ministry in resolving the issue and reaffirmed the commitment of his entity to entire process.

He also praised the management of the company for keeping the company running so far and explained some key decision taken by government in his area to prevent the closure of the company.

On his part, the Chief Executive of Bibiani-Anhwiaso-Bekwai District Assembly, Mr. Alfred Amoah, called for continuous engagements between workers and the management to ensure that a more harmonious working relationship is established at the Mine.

It will be recalled that the minister had a similar engagement with the mine workers of the Ghana Bauxite Company in August 2021 and promised not to “leave them ajar”.

AMN
"We have gone through the entire process and the future is bright. In due course, the entity that the shares was offloaded will be made known by the sector Minister " - Hon. George Mireku Duker.
Share this article:
©  - Accra Mining Network : : crafted  in Accra, by #webathand     AMN Staff Mail
Start a live chat
Need assistance ?