Asante Gold announces PW Mining as her Bibiani Mine contractor 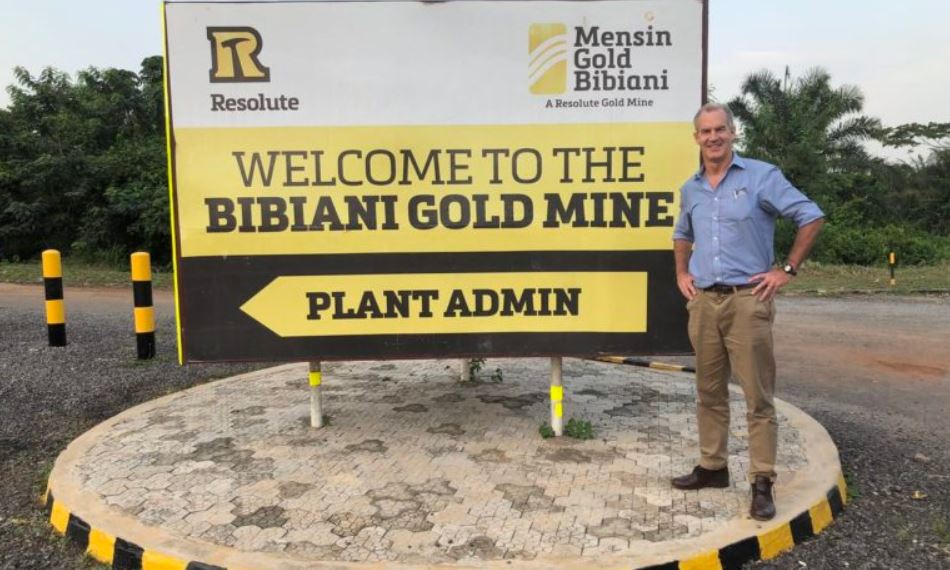 Vancouver, British Columbia, January 10, 2022 (GLOBE NEWSWIRE) — Asante Gold Corporation (CSE: ASE/ /Frankfurt:1A9 / USOTC: ASGOF).(“Asante” or “Company”) has announced that a contract to engage in mining activities at the Bibiani Mine has been awarded to PW Mining (Ghana) (“PW Mining”) and mobilization to the site has begun. (This comes just after the recent announcement by the Ghana Minerals Commission that Contracts in Surface Mining are now a preserve of Ghanaians).

The open pit mining business at Bibiani will begin in February, including the development of satellite pits, and will supply raw materials to the process plant from the second quarter of 2022. The development of the main pit will include a four-step reduction program up to the final depth of +350 meters planned for 2029. The total mass transfer is up to 75 million tons / year. PW mining mobilizes up to 125 heavy equipment such as drills, excavators, haul trucks, bulldozers and auxiliary equipment. The establishment of the site includes the construction of heavy equipment maintenance facilities, offices and training centers.

PW Mining has been operating in Ghana since 1994 and has recently provided projects to many major mining companies in Ghana, including the Asanko Gold (Galiano Gold) Obotan mine. PW Mining employs a highly trained and ambitious workforce in West Africa, with Ghanaians accounting for more than 98% of its staff. PW Mining’s reputation for delivering projects safely, on time, and to the highest standards is well established. Ghana Mining Council to PW Mining in 2016 and 2019 Mining Service Contactor of the Year Award For outstanding service and being a leader in the mining industry.

More than 850 people are hired for PW mining on the Bibiani site. PW mining, previously contracted for mining in Bibiani, is well known to the communities where most of its workforce is procured. Asante and PW Mining are committed to hiring more than 70% of miners from nearby communities. To help achieve this goal, we ensure that training centers are built, equipped with state-of-the-art heavy equipment simulator facilities, and that operators are trained and certified to the highest industry standards.

The process plant refurbishment began in September 2021 and is on track for the first gold injection in the third quarter of 2022. More than 900 people are working in the field to achieve this goal.

Douglas McCulley, President and Chief Executive Officer, said: Asante looks forward to working with PW Mining and all other project partners to continue to provide safe and successful operations. “

Asante is a pure gold exploration and development company with a high quality project portfolio in Ghana, Africa’s largest and safest gold producer. Asante is focused on developing high-margin gold projects, including the Bibiani and Kubi gold mines on the prolific Bibiani and Ashanti gold belts. Asante has a team of experienced and skilled miners, builders, and operators with over 24 Moz of gold resources and reserves discovered and developed in Ghana. Asante is listed on the Canadian Stock Exchange and the Frankfurt Stock Exchange and has announced plans to jointly list its shares in Ghana. Asante is also investigating the Keyhole, Fahiakoba, and Betenase projects for new discoveries, adjacent to or alongside a major gold mine strike near the center of Ghana’s Golden Triangle. Additional information is available at the following website: www.asantegold.com

About Bibiani Gold Mine

Bibiani is a historically important Ghanaian gold mine located in the western part of the country. Bibiani has produced nearly 5 Moz to date, with on-site mining and processing infrastructure consisting of 3 million tonnes of mills and processing plants, as well as existing surface and underground mining infrastructure. Fully allowed.

Bibiani’s current mineral resource estimates, reported on November 7, 2021 and submitted to SEDAR, are 20.1 million tonnes of 2.71 grams of gold for 1.81 Moz and an estimated 8.41 million tons of 2.78 grams of gold. Measured and shown to be tons. 0.75 Moz tons of gold. Mineral resources have been reported to exceed the gold cutoff of 0.65 g / t and are depleted in both historic open pit mining and underground development as of August 31, 2017. The mineral resources of the Viviani main pit are prepared and reported according to the JORC Code (JORC, 2012) using accepted industry practices prepared by competent figures (Optiro, 2017). There are no significant differences between the definition of measured, labeled, and estimated mineral resources under the CIM definition criteria and the equivalent definition of the JORC code. Satellite Pit Resources is an update completed in 2018 by Resolute Mining Limited. Satellite pit resources have been reported above the 0.65 g / t gold cutoff grade within the pit shell defined at a gold price of US $ 1,950. Mineral resources that are not mineral reserves have not demonstrated economic feasibility..

Factors that may cause actual results to differ materially from these forward-looking statements include changes in the nature, quality and quantity of deposits that may be identified, and our inability to obtain the necessary permits and consents. Includes, but is not limited to. Or the approval required for the planned activity and the company’s inability to raise the necessary capital or to fully execute the business strategy. Readers should refer to our public records available at SEDAR (www.sedar.com). We believe that the assumptions and factors used in making forward-looking statements are reasonable, but we should place undue reliance on these statements that apply only as of the date of this news release. And there is no such guarantee. The event does not occur within the disclosed time frame or at all. Except as required by securities law and the policies of the Canadian Stock Exchange, we disclaim any intention or obligation to update or revise any forward-looking statement as a result of new information, future events, etc.

LEI number: 529900F9PV1G9S5YD446. Neither the IIROC nor the stock exchange or other securities regulators are responsible for the validity or accuracy of this release...