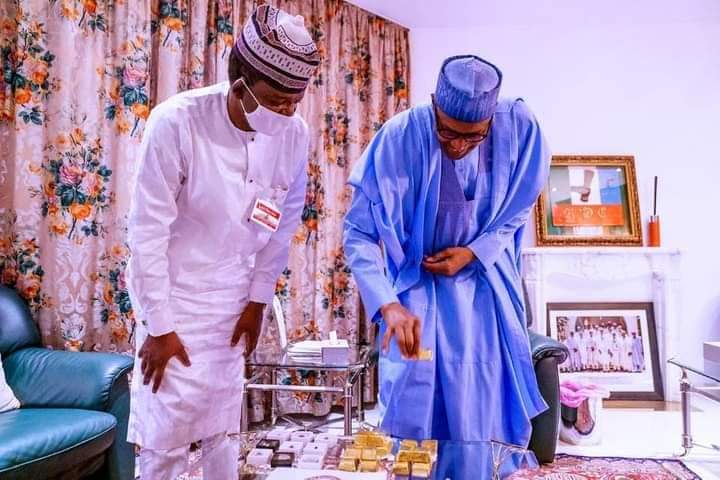 For the past 62 years, Nigeria has drilled a total of 45 american trillion barrels of oil but has little to show for it in the socio-economic lives of the ordinary Nigerian. So, in 2000, the Obasanjo Government set up the Niger Delta Development Commission (NDDC) to use oil levy to develop at least the Niger Delta Region of country. In a 2018 presentation for a Local, Economic and Social Development in the Extractives Programme at the University of Queensland, Australia, NEITI’s Ayodeji Olowokporoku, showed with available data that NDDC has actually been able to collect a total of US $5.4 Billion between 2001 and 2015, but the NDDC too had nothing to show for it for the Niger Delta Region.

On the other side of the natural resource divide, Nigeria is enviably endowed with a plethora of mineral resources. There are large untapped deposits of 44 minerals, which include gold, iron ore, coal, tin and zinc, in more than 500 locations spread across Africa’s most populous nation, but Nigeria has indeed suffered from the unfortunate resource curse of the Dutch Disease over the years because of her affinity and over reliance on oil. Bent on curing herself, the Buhari government set out to diversify the country’s economy by engaging innovative executive instruments that would capture her less known mineral resource. In his inaugural speech in 2015, President Muhammadu Buhari opined that the future of Nigeria is in the bosom of Agriculture and Mining.

Nigeria’s mining sector is already dominated by artisanal and small-scale mining which currently employs an estimated 2,000,000 people indirectly. Meanwhile, Nigeria lost a total of $3 billion to illegal smuggling of gold between 2012 and 2018. According to Kachalla Lawan, of the Ministry of Mines and Steel Development in Nigeria, “the political will of the government coupled with price volatility of the major source of income has left the country with no option other than to diversify her economy, and the President has taken the best decision for the country. Consequently, the mining sector is getting attention from the Buhari government through the Mineral Sector Support for Economic Diversification project (Mindiver), which is a World Bank assisted project. The government has also supported the small-scale gold miners to assess loans from the banks, and government is seeking their cooperation in achieving the Presidential Artisanal Gold Mining Development Initiative (PAGMDI) launched in 2019 by the Buhari Government”.

Upon the advice of the Breton Woods Institutions, historically, Nigeria has been annually devaluing her currency continuously for the past 47 years. Contemporary analysts of Nigeria’s currency believe that, this incessant currency devaluation policy has adversely contributed to why 50% of Nigerians are living in extreme poverty today in the presence of abundant natural resource. In addition, an age-old and institutionalized corruption fever in Nigeria has created exceptionally rich people in the country, which has made the gap between the poor and the rich in Nigeria, one of the widest in the world. According to Natural Resource Governance Institute (NGRI), unless governance improves, half of the world’s poor will live in resource-rich countries by 2030, doubling the share of three decades ago.

Beyond all the prevailing challenges, Nigeria seems to be taking giant steps in improving the lives of her people using her mineral resource. Nigeria has already licensed two gold refineries. The country’s first gold refinery is expected to produce more than triple its capacity within five years after operations, i.e. 10 tonnes a month of gold and three tonnes of silver. Having learnt from her mistakes in managing her oil, Nigeria now looks more poised in maximizing her benefits in mining and the Nigerian mineral mining industry players are playing their part verily. For example, the first ever-duty free gold market has been instituted in Kano, dubbed Kano Gold Durbar, which is in line with the PAGMDI scheme that has already seen another milestone in producing the country’s first gold bar of 12.5kg, processed and refined in Nigeria in accordance with the London Bullion Market Association (LBMA) standards and used as a reserve instrument by the Central Bank of Nigeria (CBN). The Central Bank purchased it for N268,608,236.00 from the miners, and made an instant profit of $100,000 on it.

West Africa has become the new world class mining province and these promising ventures by Nigeria can only fortify the image and enhance the potential of the province. Nigeria may be a new entrant in the mining and mineral resource space, but her determination and innovation are deliciously promising. Now it is  evident that Nigeria’s economy will no longer be analysed through the lens of the price of crude oil alone. So, if Nigeria continues with her excellent efforts in her mineral resource management carefully, perhaps Ghana and South Africa, could learn a few things from her, or she will overtake them.

Beyond corruption which is rife in almost every country but to varying degrees, Nigeria is indeed setting the stage to leading Africa in the Gold industry.

An Op-Ed, written by Raymond Kudzawu-D'Pherdd

"The incessant annual currency devaluation policy of Nigeria continously for 47 years adversely contributed to why 50% of Nigerians are living in extreme poverty today in the presence of abundant natural resource." - Raymond Kudzawu-D’Pherdd

AMN
"If Nigeria continues with her excellent efforts in her mineral resource management carefully, perhaps Ghana and South Africa, could learn a few things from her, or she will overtake them" - Raymond Kudzawu-D’Pherdd
Share this article:
©  - Accra Mining Network : : crafted  in Accra, by #webathand     AMN Staff Mail
Start a live chat
Need assistance ?