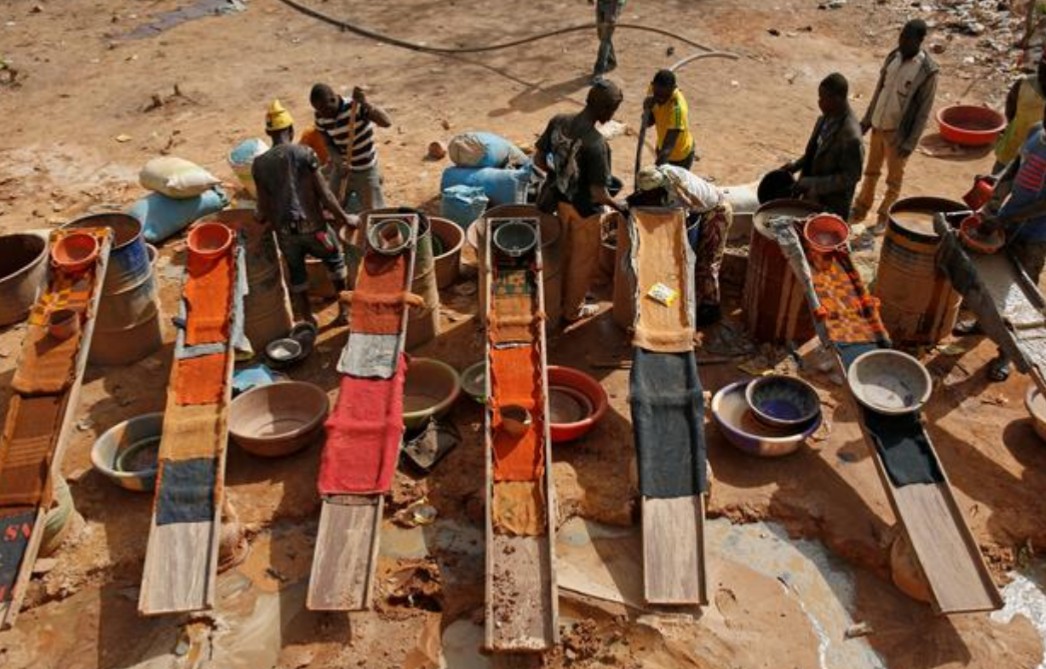 September 18, 2020
After a first export of gold, IMPACT (https://IMPACTTransform.org/en/) and the European Union announced today that a traceability and due diligence system from mine site to the international market for artisanal gold from Côte d’Ivoire has been successfully implemented as part of the Just Gold project.

The Just Gold project supports artisanal gold miners, a mining cooperative in the department of Dabakala (Hambol region), traders, and exporters to ensure artisanal gold in Côte d’Ivoire is produced and sold according to international standards. The Just Gold project provides evidence of traceability allowing international buyers to track their gold to the pit it was mined it. At the same time, it supports private sector actors to complete due diligence on their supply chain to identify, mitigate, and publicly report on risks such as human rights abuses, forced and child labour, and corruption.

A 755 ingot of gold mined in Dabakala was traced to Abidjan, where the exporter is located, with full due diligence completed on the supply chain. The gold was exported legally to a European LBMA-listed refiner. The refiner has signed a commercial agreement with the exporter, which is based in Katiola, and the artisanal mining cooperative, based in Dabakala Department, for this export and future purchases.

“This first responsible export of artisanal gold is a major turning point for Ivorians who can now count on traceability and due diligence mechanisms for their supply chain—opening a window to the international market for the country’s artisanal miners. At the same time, this export has demonstrated that supply chain due diligence can be commercially viable for all actors, and is both scalable and sustainable. Human rights are not only an ethical imperative, it is a compelling business proposition,” said Joanne Lebert, IMPACT’s Executive Director.

The Just Gold project has continued to operate throughout the COVID-19 pandemic. Artisanal mining communities have been severely affected by the pandemic, as prices paid for gold have typically dropped, while the cost of living has drastically increased. However, the Just Gold project guarantees the cooperative and its members be paid a fixed price, calculated based on a method which minimizes the impact of local price fluctuations in times of crisis.

“The Just Gold project offers Côte d’Ivoire unexplored opportunities for economic activity and development. These days consumers and the private sector are paying more attention to the conditions in which their products are manufactured and when they purchase gold, they want to be sure it isn’t tied to illicit trade or human rights violations. The Ivorian government recognizes the importance of due diligence in contributing to sustainable development and increasing artisanal gold production, and is taking important steps in this direction. This is even more important given that under new European regulations coming into force in 2021, European importers of minerals such like gold will be required to complete due diligence on their supply chain,” said Mr. Jobst VON KIRCHMANN, Ambassador of the European Union in Côte d’Ivoire.

The Just Gold project was first successfully implemented in the Democratic Republic of Congo, making it possible for responsible artisanal gold to reach the international market. The project offers incentives for artisanal gold miners to channel their product to legal exporters—and eventually responsible consumers. The European Union has provided € 1.5 million for the project, which will be implemented in Côte d’Ivoire for two and a half years.

The artisanal gold sector in Côte d’Ivoire is growing. According to media reports, the country’s gold reserves are estimated to be 600 tons and Côte d’Ivoire is currently the 7th largest gold producer in Africa. There are believed to be over 240 illegal gold mining sites across the country, mined by tens of thousands of unlicensed miners. According to the Ministry of Mines and Geology, the government loses 479.22 billion CFA (approximately € 730.5 million) due to illegal gold mining.

For more information about the Just Gold project in Côte d’Ivoire, download the project description here (available in French) (https://bit.ly/2ZYnHif).

Distributed by APO Group on behalf of IMPACT.