Otumfuo rejects mining activities in areas under his paramountcy 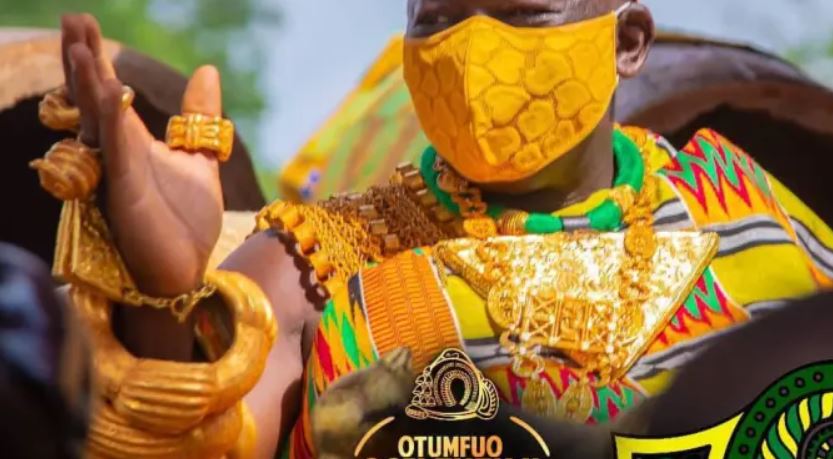 The concept of the social licence to operate is taking centre stage in the mining industry in Ghana. In a recent communication to the public, Concerned Citizens of the Ashanti Mampong Traditional Area in the Ashanti region served notice that they will resist surface mining in their environs; Government officials fumed at this.

In the latest development, the Asantehene, Otumfuo Osei Tutu II, added his voice to this line of thinkinking. He charged chiefs in the Ashanti Region not to allow people who come with mining permits from the government to mine in their communities.
Addressing chiefs at the climax of the 2022 Ashanti Regional House of Chiefs meeting, on Thursday, December 15, 2022, the Asantehene said that the chiefs, as custodians of the land, must protect it from being destroyed by illegal miners.

He added that even if the government is going to kill chiefs who do not allow mining in their communities, they are at liberty to do so.

“We are the custodians of the land. We swore allegiance to protect the lands, when they were given to us by our forefathers. But you (the chiefs) do nothing as some people take our lands and destroy our water bodies.

“Because they come and give you drinks and money, they should destroy our water bodies?… we must show the government that we are serious by turning away people who come with mining permits to mine in our communities”.

I a sentence that sounded like a declation of war or preparedness for it therefore, he said in Twi in a video of the meeting shared by Opemsuo Radio, “If the government will bring guns to kill us, they should come,”

The Asantehene also said that from next year, he will summon all of the chiefs in the Ashanti Region whose communities have active illegal mining (galamsey) sites for them to explain why they have not been able to stop the menace.

The Asantehen has in the past called for more involvement of traditional leaders in the issuance of mineral titles. The Minerals Commission in response, promised to send list of applicants to paramount chiefs ahead of time. This time, the Paramount Chief, used the fallouts from COP 27 as an added reason for his stance.

Industry experts are watching how this new resistance to mining in Ghana will pan out. Some are sympathetic to the communities, and believe it is their right to have the final say just as Ghana’s mining legal framewark dictates. Others believe the emergence nuance has the propensity to driving away prospective investors if allowed to snowball.

Perhaps it is high time Ghana’s laws on Mining (and even the 1992 Constitution), collectively receive a review, so proper attention is paid to the anachronistic concept of the Consilidated Fund as well as the trajectory of mineral royalities.

#NoToGalamsey: Asantehene to summon Chiefs whose lands have been invaded by illegal miners. #JoyNews pic.twitter.com/A1a5jhLZay

AMN
Perhaps it is high time Ghana’s laws on Mining and even the constitution, collectively receive a review, while proper attention is paid to the anachronistic concept of the Consilidated Fund as well as the trajectory of mineral royalities.
Share this article:
©  - Accra Mining Network : : crafted  in Accra, by #webathand     AMN Staff Mail
Start a live chat
Need assistance ?