The Galamsey Fight – No Solution In Sight, unless we Unite 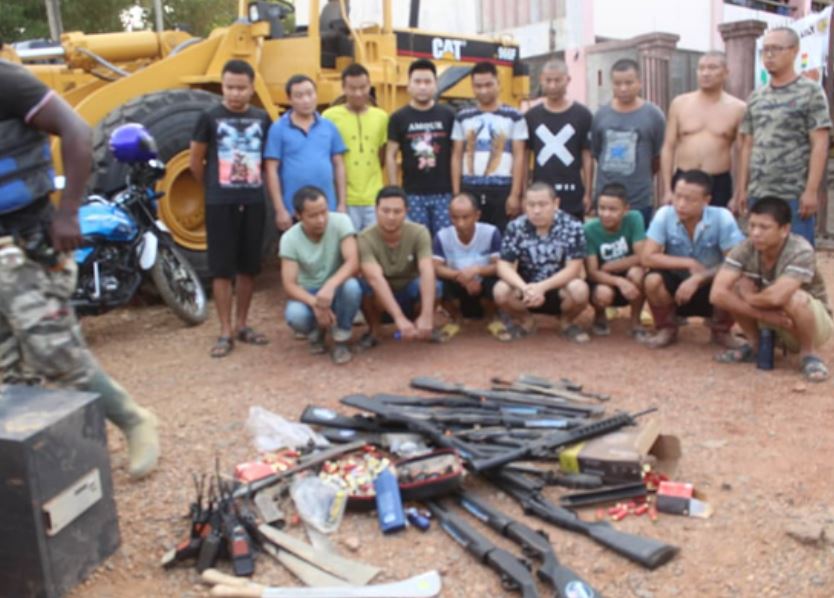 Where Does the Best Come From?

The best comes from the west, they say. And this is a truism for most Ghanaians. Indeed, to the psychic of the ordinary Ghanaian, towards the far west in the International conceptual framework is the United States of America, USA, where goodies come from. Nationally too, gold, manganese, timber, etc. come from the west, the Western Region. The caveat is the food basket for the country is actually towards the northern part of Ghana starting from Bono, Ahafo, Bono East, while both Northern part and Volta Region supply the human capital and human resource.
Because the natural resource is predominantly from the west, Western Region has been the worst hit by illegal mining activities known as Galamsey, followed by the Eastern Region. It is gratifying to hear that the President has put his presidency on the line in the fight against the elicit practice in the small-scale mining sector. It is also gratifying to have seen the Ministry of Lands and Natural Resources in 2021, organize National and Regional Consultative Dialogues to finding solution for the menace in the artisanal and small-scale mining space. The Minerals Commission also spearheaded the purchase and distribution of mercury free equipment.

Input from Academia to the galamsey fight

The University of Mines and Technology (UMaT) has systematically researched into the small-scale mining space and has developed retorts and biomediation methods to ameliorate the impact of galamsey. The University of Energy and Natural Resources has also recently established the Department of Sustainable Mineral Resource Development at the School of Mines and Built Environment, which recently organised its premier Transformational Dialogue on the Small-Scale Sector and submitted their 27-point communique to the Minerals Commission for on consideration action.
The recent arrest of Aisha Huang, has heightened the need for a collective fight against illegal mining. The arrest brings to the fore the lapses in our body politic and redefines the need for all agencies to contribute in the galamsey fight. Consequently, a former Vice Chancellor of the University of Ghana, Professor Ebenezer Oduro Owusu, has called for a united front if Ghana would ever win the war against illegal mining and other vices that plague the country. To him, Ghana would remain the ultimate loser if the citizenry did not come together to defeat the perpetrators of these anti-national conducts.

Prof. Oduro Asks Questions at 75 Anniversary of Ghana Cocoa Board

Speaking at the 75th anniversary lecture of the Ghana Cocoa Board on the theme “COCOBOD @75: Sustaining our environment, wealth and health”, Professor Ebenezer Oduro Owusu stated the following: “How I wish that we would have given the President the fullest support to put an end to the galamsey issues that are bedeviling the nation currently. Personally, I find it difficult to understand why as a nation we cannot be united to fight ‘evils’ that threaten the future of our dear country. It is very sad to see the rate of land degradation that is taking place in this country.
“How will generations yet unborn survive in this country? Obviously, we need to do something as a nation to curb this unwarranted destruction of our lands and treasured environment,” Prof. Oduro said.
“How long will it take us to reclaim the destroyed lands to secure the future of unborn generations? If we are not careful, we will soon lose all arable agricultural lands and make the nation over dependent on food imports to sustain our food security concerns.”
In estimation, Prof. Oduro explained that the exploitation of minerals has left Ghana’s environment destroyed and water bodies polluted; threatening sustainable agriculture.
He fears if the trend of the pollution was not stopped Ghana would not only import water for domestic use but for crop cultivation.
“Are we waiting for the time that as a nation we may have to import water for drinking and irrigation of agricultural crops? If we decide to continue behaving the way we are doing, I have no doubt that very soon large volumes of water will have to be imported for agricultural and domestic use,” he predicted.
Because of its importance to the economy of the country, Prof. Oduro said deliberate efforts must be made to improve upon the production of cocoa, including investing in cocoa research.

Ghana’s Cocoa and China’s Emergence as a Producer

Illegal Mining has been observed as the main cause of land degradation and pollution of Ghana’s water bodies. The citizenry are apprehensive that mercury could find its way into the local food chain and even cash crops such as cocoa. Indeed, conspiracy theorists have even linked illegal mining to the rise of China as a producer of cocoa to the disadvantage of Ghana’s cocoa. With the increasing demand for chocolates, China has been expanding its cocoa planting area and making breakthroughs in technological development. At present, China’s cocoa-growing region is relatively small as the tropical rainforest covers a land mass of approximately 35,354 sq. km. In comparison, Cote d’Ivoire and Ghana’s tropical rainforests cover an estimated 212,000 sq. km.
The Minister of Agriculture, Dr Owusu Afriyie Akoto, has said the cocoa sector looked very attractive and promising, owing to the many interventions by the Nana Addo Dankwa Akufo-Addo led Government.
Chief Executive of the Board, Joseph Boahen Aidoo, assured farmers that despite a difficult global market environment, his team would continue to put the farmer at the centre of cocoa issues to improve on their living standards.

In order for Ghana to achieve a tangible result in the fight against illegal mining, we need to re-echo and internalise the call by Prof. Oduro. The fight against the illegal mining must be holistic, devoid of politics and political blames.
We need to study the drivers of illegal mining in Ghana and identify the causes of the drivers. In addition to unemployment, lack of organic financing and lack of organized mineable lands are the top three of the drivers of illegal and elicit mining.
Mineable lands are to be made available by the Ghana Geological Survey, but who bears the cost for exploration?. Mining is capital intensive and organic financing is not available, and so external funds have found their way into the sector and are dictating the rate of production, which invariably puts pressure on the local players to turn to wanton hop from plot to plot to mine and meet deadlines set by project  financiers.
Military Intellegence has forwarned Ghanaians in 2012 that illegal mining has the propensity for initiating a civil war. Ghana will not win the Galamsey Fight without a National United Front, and citenzens will thence be correct to say all the efforts within the status quo is a joke.