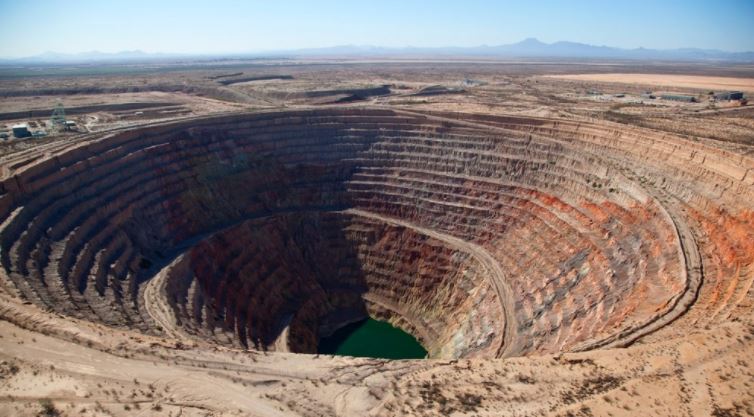 The surface operations work in contract mining is now the preserve of Ghanaians, the Chief Executive Officer (CEO) of the Minerals Commission, Mr Martin Kwaku Ayisi, has said.

According to him, the measure formed part of reforms being implemented by the commission to improve on local content and make the mining sector more robust and lucrative for the people.

It would also go a long way to generate jobs, reduce the incidence of illegal mining and improve mining revenue for the country, he said.

He, however, said underground mining operations would continue, in collaboration with foreign companies, due to the lack of capacity in advanced technology on the part of local companies.

“Our job is to ensure there is true technology transfer, so that in the next five to 10 years, we will save contract mining for Ghanaians only,” he said.

Speaking at the Meet-the-Press series by the Ministry of Information for ministries, departments and agencies (MDAs) to account to the people, Mr Ayisi said money expended in the mining sector in the country in 2019 was $1.4 billion.

The commission, he said, was in tune with the current trend of digitalisation by the government and had, therefore, built information technology (IT) infrastructure to support its online processes.

In line with that, Mr Ayisi said, the commission had abolished all paper-based applications, beginning November this year, while efforts were being made to digitalise all its records before the start of next year to enhance accessibility.

The CEO said anybody who required a mining licence, especially for small-scale mining, could sit in the comfort of his or her home or office and apply online.

He added that as a result of the reforms, mining companies could now file for their returns online, and that the commission would make a mobile money platform available for companies to make the necessary transactions in cases where the money involved was relatively small.

As part of the reforms, Mr Ayisi said, the commission would stop miners from using mercury in their operations, in accordance with the Minamata Convention on Mercury, of which the country is a signatory.

The convention seeks to protect miners, as well as the environment, from anthropogenic emissions.

He said with the support of the Ministry of Lands and Natural Resources, the commission had purchased 100 new mercury-free mineral processing technology machines, 20 of which were expected to arrive in the country in the next two weeks for distribution to mining companies.

He said the machines would help produce an output of 90 per cent, as opposed to the traditional mercury methodology which churned out only 40 per cent.

Mr Ayisi also said the commission had started a programme to claim some illegal mining sites, adding that his outfit would pilot the reclamation project in the Ashanti Region, where it hoped to reclaim all sites by the end of the year.

Areas with degraded mining sites in the region include Bosome, Freho, Konongo and Bosomtwe.

Also to be reclaimed were illegal sand winning sites in the Volta Region, he said.

The sector Minister, Mr Samuel Abu Jinapor, said a provision in next year’s budget which indicated a reduction of the withholding tax from three to 1.5 per cent which would be collected at the mining site after production was aimed at boosting small-scale mining and the elimination of smuggling of gold in the country.

He also said the mining reforms would further boost small-scale mining, adding that the reforms were anchored on integrity and transparency to ensure that industry players went about their businesses in confidence for enhanced productivity.

Mr Jinapor, who is the New Patriotic Party (NPP) Member of Parliament for Damongo in the Savannah Region, said the northern sector of the country could be the next hub of gold production in the near future.

He gave an assurance that the ministry would continue to work with the Minerals Commission and the Ghana Chamber of Mines to consolidate the country’s position as a major gold producing nation in Africa and the sixth in the world.

The Accra Mining Network makes that professional distinction and disassociates herself from those reportage.

Below is the specific slide from the CEO’s Presentation. 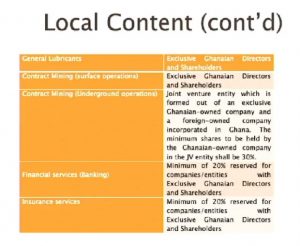