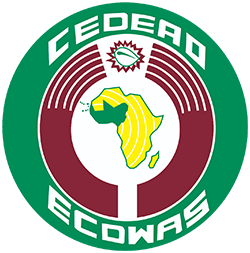 The gold mining industry in West Africa showed resilience during Q1 2020 despite Covid-19 and preexisting negative factors. Loulo-Gounkoto was the largest gold producing mine in West Africa in the first quarter of 2020. Recent gold production numbers show that the struggling South Africa’s gold industry is declining, and West Africa’s gold mining industry, led by Ghana, Mali and Burkina Faso, already produces more than twice as much gold as South Africa.

Ghana is the leading gold producer on the continent and West Africa is becoming the world-class gold mining hub. With a population of 391,440,147 which is comparable to the population of 329,064,916 of the United States, ECOWAS is expected to strategically leverage on this new world-class status as a market share and bargaining tool in so many ways to improve the local, social and economic development of  her people collectively.

The going concern of the mining industry is exploration. Though capital intensive and also a sunk cost, exploration is seen as a primary indicator of the health and sustenance of the mining industry. Exploration, being the highest in mining risk is nonetheless what leads to discoveries of mines. Ghana was the second-most popular destination for mining exploration investment on the African Continent in 2019. While neighbouring Burkina Faso drew $132 million, Ghana saw $98.6 million invested in exploration, according to the Ghana Chamber of Mines. Mali came third in Africa, attracting $91.9 million.

In the first quarter of 2020, West Africa produced ~2 Moz of gold, which was in line with Q1 2019 numbers. Ghana was the biggest gold producer in the region (635 koz) followed by Mali (435 koz) and Burkina Faso (419 koz). Above and beyond, the local gold mining industry showed resilience with significant upscale potential in the west African mining province in defiance of Covid-19.