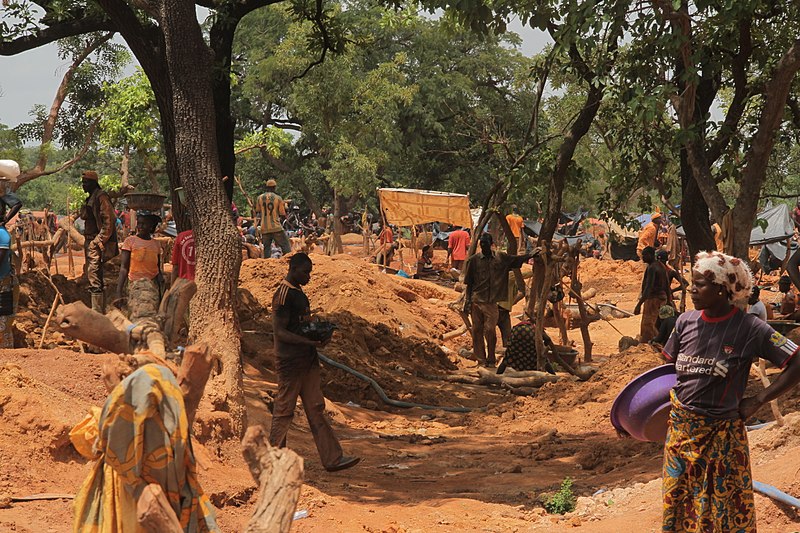 Severe drought and illegal mining in Ghana are expected to drastically reduce the country’s cocoa when harvesting begins in September.

According to Bloomberg, Ghana’s cocoa regulator had originally forecast a crop of 950,000 tons for 2022. The harvest was however hit by long dry spells early in the season and is expected to be an estimated 685,000 tons of beans this seasons instead. This is actually down from a record crop of approximately 1.05 million tons for the previous year.

According to Ghana Cocoa Board (COCOBOD), the country’s smallest cocoa crop in 12 years is down to drought-withered pods and more than 19,000 hectares, (or roughly 2%) of cocoa farms, have been destroyed by small-scale gold miners who often operate illegally. In addition to that, some farms are also still recovering from the impact of the swollen shoot virus disease that hit the region three years ago.

Reuters has also reported that Ghana’s parliament has approved a $1.3bn syndicated loan to finance the purchase of cocoa for the 2022-23 season. The receivable-backed trade finance facility is between COCOBOD and a consortium of banks and financial institutions with the government as the guarantor. Ghana uses a loan facility each to purchase cocoa from farmers. The loan was approved despite efforts to overcome an economic crisis and a nearly $1 billion balance-of-payments deficit, according to Reuters.

There has been a few nascent efforts by the regulatory bodies.

To formalise the small-scale mining sector and fight illegal mining, Ghana’s Environmental Protection Agency (EPA) has served notice that beginning September this year, it will enforce the law that requires small-scale mining companies operating in the country to post reclamation bonds for reclaiming mined lands.

The Ministry of Lands and Natural Resources has also procured five new patrol boats to be used by the security services as part of measures to stem the menace of mining on river bodies in the country.

The Ghana Minerals Commission will roll out Minerals and Mining Regulations to track all earthmoving machines and equipment used in mining in the country. The Minister for Lands and Natural Resources, Mr. Samuel Abu Jinapor, who announced this at a press briefing in Accra, disclosed that the operation and control room for the tracking of the mining machines and equipment would be ready by the end of August 2022.

A modicum impact in the reduction of negative effects of illegal mining activities on Ghana’s microeconomic ecosystem is hoped for if all these efforts by the mining regulatory agencies are concerted and judiciously implemented to the letter.