Is Geoscience Dieing? The Challenge of recruiting passionate Gen Zs 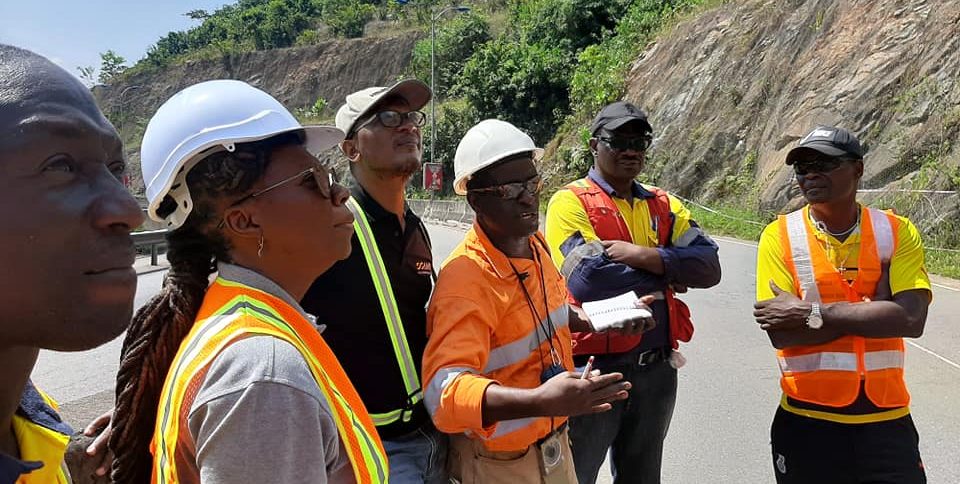 Generation Z, also known as GenZ or Zoomers, are known to be technologically adept, diverse, trendy, pragmatic and financially minded. They have a wide variety of interests. Geoscience is definitely not one of them.

That worries Claudia Mora, in part because she’s a former president of the Geological Society of America with a long career and extensive involvement in the Earth sciences.

But mostly, it’s because she is currently dean of the Jackson School of Geosciences at the University of Texas at Austin. For her, attracting students to geoscience is the name of the game.

Mora will discuss Generation Z in geology, geoscience and the energy industry at the upcoming International Meeting for Applied Geoscience and Energy in Houston, for the August 31 topical luncheon, “Attracting Zoomers to Geoscience: Where’s the Workforce of the Future?”, hosted by AAPG’s Division of Environmental Geosciences and Energy Minerals Division.

Many U.S. students get only one semester of Earth science or geology in middle school, although some never study geosciences at all. That’s unfortunate and it contributes to geoscience’s lack of visibility when students develop later interests, Mora noted.

“They encounter geoscience only in eighth grade in many schools and then they’re done with it,” she said. “And, it’s usually taught by someone who isn’t an Earth scientist.”

Raising the visibility of Earth science as a study and career option during student recruiting is an essential step, Mora said. These students haven’t rejected geoscience as an option. It simply isn’t on their radar.

“It’s not necessarily that we’re being excluded. They just haven’t given us a thought,” she said.

Students entering college today express a great deal of interest in sustainability and protecting the environment, “but they don’t see that as a geoscience job. That’s where we lose them,” Mora said. 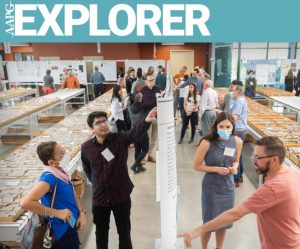 This lack of connection clearly frustrates her. Gen-Z students seem happy to prepare for careers discussing Earth sustainability and energy, without learning anything about the Earth or its energy resources.

“I’ve spoken to many, many first-year students who don’t understand that climate science is Earth science. They don’t know that water resources is a part of Earth science,” she observed.

“In my mind, sustainability depends on understanding the system you’re trying to sustain,” she said.

It’s also a disappointment for her, because she sees geoscience skills as an essential part of preparing for the world of tomorrow.

“There are so many problems we face in the future, whether they are energy-related or resource-related. I think we’re all struggling to maintain the skillsets necessary to solve those problems,” Mora said.

There’s no getting around it: Most Zoomers don’t see themselves becoming geoscientists. Mora said part of the challenge to overcoming that problem lies in redefining the image and role of the Earth scientist, changing the perception many Gen-Z students have.

“A lot of it is in the redefinition in the students’ minds. When you talk to them about geology, I think they sometimes see a miner with a burro and a shovel, with a lot of facial hair and wearing a plaid shirt. That’s not how they see themselves,” she said.

In addition to changing that plaid-shirt-and-pickaxe image, other challenges involve dealing with Gen-Z’s pragmatism and drive for security. Zoomer students “place a lot of value in degrees where they can see a direct connection between their degree and getting a job,” Mora noted.

“They’re interested in not accumulating debt in college, and in having a job when they come out,” she said.

The recent, massive layoffs in the oil and gas business – Mora uses the term “purges” – did not go unnoticed by younger students. They grew up in a time of recession, and they place a premium on job stability and economic security.

“This is a generation that’s very attuned to financial insecurity. The energy industry has a terrible reputation with them. If they’re going to be insecure, they think they might as well work for themselves,” Mora said.

At the same time, she noted, “students are probably unrealistic in thinking that purges don’t happen in other industries.” Those mass layoffs just seem to happen more spectacularly and more regularly in the oil industry.

Addressing the Problem
Before joining UT-Austin, Mora served as the deputy leader of the chemistry division at the Los Alamos National Laboratory in New Mexico. Professionally, much of her research has focused on climate and environment-related isotope proxy records captured in terrestrial archives, including soils and fossil soils, tree rings and lake sediments.

In college, “I actually had no intention of studying Earth science – I needed a lab science (course) to graduate. I thought I could get a job in Earth science easier than I could in English or history. I fell into it because it was the most interesting class I had,” she said.

And that’s probably a key to eliciting Zoomers’ interest in geoscience. Exposing Gen-Z students to a class in Earth science, or at least to studies involving geoscience-related areas, increases the chances of attracting them to an Earth sciences career.

At the Jackson School, “we looked at our curriculum and realized that we didn’t have an entry-level course in climate science. That was a big mistake on our part. If you aren’t trying to reach students, you most certainly won’t,” Mora said.

Introducing more Zoomers to working geoscientists and their day-to-day activities – and their working environments – is also essential, she noted. It’s a place where industry can make a significant contribution.

“Internships are extremely important not just for graduate students but also at the undergraduate level, because it lets students see what’s happening in these companies,” she noted.

Mora said her goal at the IMAGE meeting is to raise awareness of the Zoomers-in-geoscience challenge and stimulate discussion, adding that she will probably raise more questions than she can answer.

“My big hope is that people don’t come thinking I have all the answers,” she said. “But I’m spending a lot of time thinking about them.”

AMN
“We looked at our curriculum and realized that we didn’t have an entry-level course in climate science. That was a big mistake on our part. If you aren’t trying to reach students, you most certainly won’t.”
Share this article:
©  - Accra Mining Network : : crafted  in Accra, by #webathand     AMN Staff Mail
Start a live chat
Need assistance ?