Nigeria sets up a Fire Assay Laboratory in Kaduna – Op-Ed 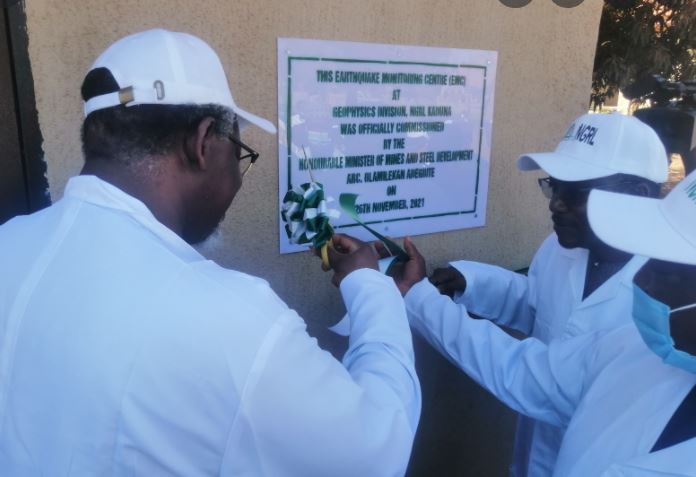 While West Africa has become the new world class mining province, Nigeria is setting the stage to leading Africa in the Gold industry. The country may be a new entrant in the mining and mineral resource space, but her determination and innovation are deliciously promising. Now it is  evident that Nigeria’s economy will no longer be analyzed through the lens of the price of crude oil alone.

Nigeria seems to be taking giant steps in improving the lives of her people using her mineral resource beyond all the prevailing challenges. Nigeria has already licensed two gold refineries. The country’s first gold refinery is expected to produce more than triple its capacity within five years after operations, i.e. 10 tonnes a month of gold and three tonnes of silver.

The State of Osun for example, is host to Nigeria’s only large-scale commercial gold mine, facilitated by a Canadian-listed gold developer, Thor Explorations and its local subsidiary, Segilola Resources. The Segilola Gold Mine, which is expected to start producing Gold soon, is sited at Odo-Ijesha and Iperindo. So, if Nigeria continues with her excellent efforts in her mineral resource management carefully, perhaps Ghana and South Africa, could learn a few things from her, or she will overtake them.

Last week, the Minister of Mines and Steel Development, Arc Olamilekan Adegbite, Friday, disclosed that Nigeria’s mining sector is becoming a major attraction to local and foreign investors. Adegbite stated this during the commissioning of Fire Assay Laboratory and Earthquake Monitoring Centre in Kaduna State, where he said the Buhari-led administration is not relaxing but putting in effort to ensure full diversification of the economy following provision of basic and important state of the art facilities for ease of doing business in the sector.

According to him, the Federal Government of Nigeria,  is building a world class mining sector that would be the toast of investors. He added that, the completion and commissioning the establishment of a Fire Assay laboratory was a crucial step towards making the country a major mining destination.

The Fire Assay laboratory is the first of its type in Nigeria and is considered the most reliable means for accurately determining the content of gold, silver, and platinum-group metals in ores or concentrates.

He said, “Buhari is the only president that has put extra budgetary funds into the sector to develop the mineral sector of Nigeria”.

“We now have the analytical facilities that can support the mining ecosystem in the country and this is bound to attract more foreign interest in to the he sector.” He also maintained that the Fire Assay Laboratory would save the country millions of dollars spent outside the country to conduct such analysis on metal ores.

With the establishment of a fire Assay laboratory, the minerals industry in Nigeria does not need to take samples out of the country to determine the level of concentrates or assay value. This  will free up scarce foreign exchange, while it would also serve as a revenue generator for the government as companies who want to mine precious metals would no longer need to send samples out of the country, but now send them to the assay laboratory in Kaduna. According to the Minister, President Muhammadu Buhari had allocated special intervention fund for the sector to enhance its Geo-science data generation capacity.

“Indeed, we thank President Muhammadu Buhari for giving this sector the fillip and the push it deserves to becoming a choice mining destination in the mining world. No other administration has allocated the resources that this present administration has to the mining sector and for that we are grateful.” Speaking about the earthquake monitoring equipment, the minister noted that it was important for monitoring and measuring tremors.

In another remarks, the Director General, Nigerian Geological Survey Agency, NGSA, Dr Abdulrazaq Garba, also emphasized that with the establishment of a Fire Assay Laboratory Nigeria’s mining sector is taking its place in the global mining industry, and it would further facilitate investors’ inflow into the country, hence the diversification of the economy for more jobs and wealth creation. Garba also added that the country would be save capital flight on conducting solid mineral analysis to other parts of the world.

“With the commissioning of this Fire Assay laboratory, we can now conduct analysis of gold and platinum group metals, and as a mineral analysis outfit, this would contribute immensely to the economic growth of the country as we save the nation’s foreign exchange that would have been spent on conducting the analysis abroad.

“Before now many foreign investors had been making inquiries asking if we have a Fire Assay laboratory that can support the mining sector in the country. With the establishment of one now, it is bound to be welcomed news to foreign investors”, he said. According to Garba, some companies involved in the National Integrated Mineral Exploration Project, NIMEP, programme had spent millions of Dollars to obtain such analysis abroad.

“About two companies did fire essay analysis outside the country just to determine the metal content of what they are doing for example gold, content, the companies in between them spent about two million dollars. “If half of that came into the NGSA we would have been able to achieve internally generated revenue for the sector, we would have also been able to save capital flight”, he said.

An Op-Ed written by Raymond Kudzawu-D'Pherdd

AMN
"With the commissioning of this Fire Assay laboratory, we can now conduct analysis of gold and platinum group metals, and as a mineral analysis outfit, this would contribute immensely to the economic growth of the country as we save the nation’s foreign exchange that would have been spent on conducting the analysis abroad" - Arc Olamilekan Adegbite, Minister of Mines and Steel Development (NIGERIA)
Share this article:
©  - Accra Mining Network : : crafted  in Accra, by #webathand     AMN Staff Mail
Start a live chat
Need assistance ?